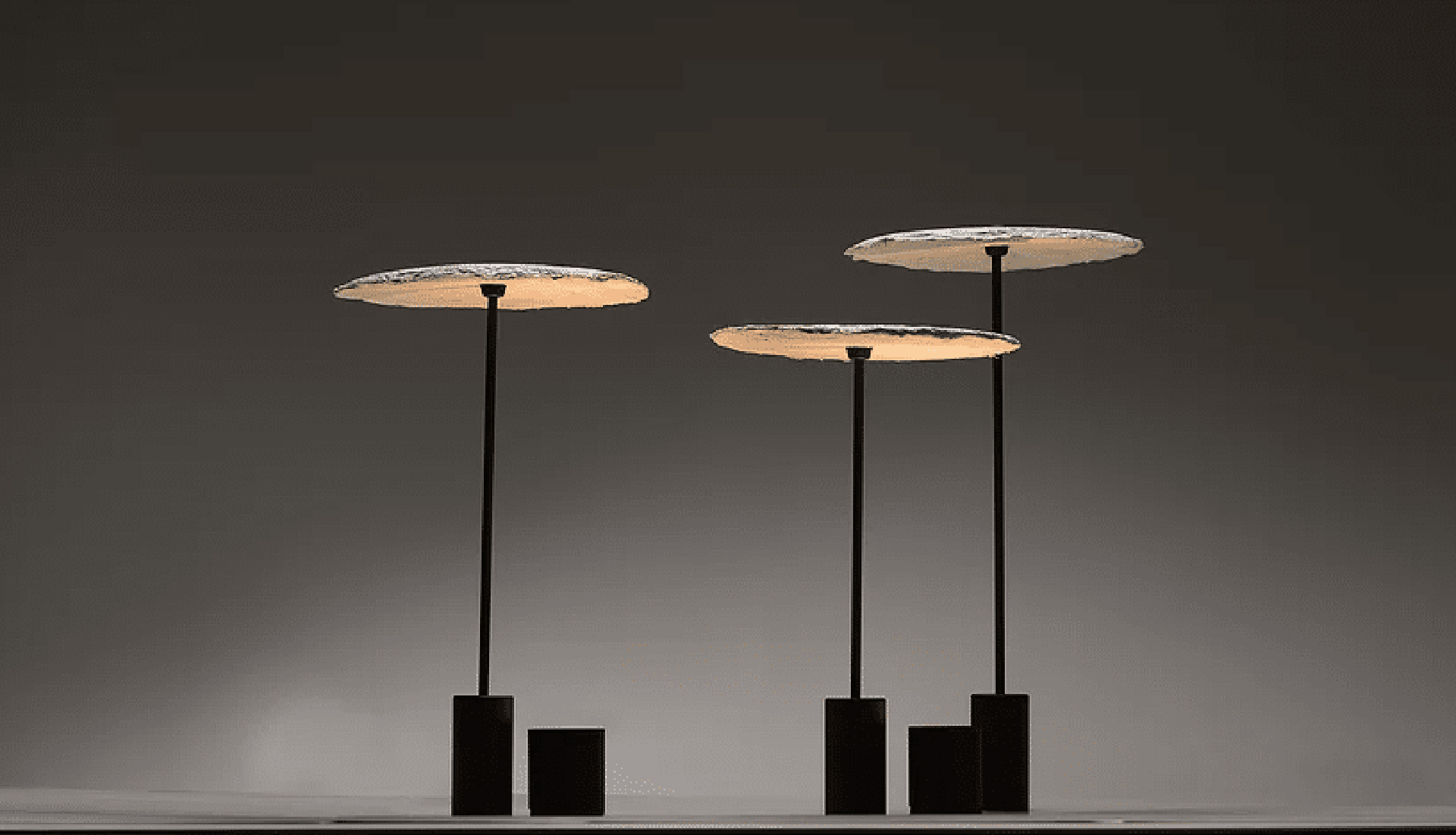 Last week we had the pleasure to launch Biodesign Here Now #2 as part of SynbiTECH 2019, curated and organized by Open Cell supported by SynbiCITE, the UK’s synthetic biology industry and engineering biology industrial accelerator). This exhibition showcases 17 selected projects to give a first taste of what the field of Biodesign will be able contribute - From sustainable pollination to grown fashion to personal diagnostics;

The exhibition demonstrates how biology will be used increasingly as a key component in our everyday products, helping to create products and methods at lower cost that are healthier and more environmentally friendly. Image: “MouldCraft is a game that allows you to design and modify alternative worlds dominated by micro-organisms.

The exhibition features international designers and start-ups showcasing cutting-edge ideas that break the boundaries between biology, design, and technology. Check out some of the projects:

Synthetic biologists, led by Professor Paul Freemont, are developing a cell-free biosensor to detect a specific P. aeruginosa biomarker. In a pilot project, they “explored user requirements for the at-home use of a diagnostic test with people with cystic fibrosis through interviews, concept prototypes and feedback.”

“This technology has enormous global potential to power new point-of-care diagnostics across high, low, and middle income countries,” and it could tackle antimicrobial resistance and increase access to diagnosis of sexually transmitted infections, according to Helix Centre.

“Colors are everywhere in our daily lives, but most of them are made from petroleum, with catastrophic results in terms of energy consumption and ecosystem pollution. Living things, however, don’t rely on petroleum to efficiently manufacture color. Microorganisms can transform matter in a clean and efficient way thanks to their enzymes,” according to PILI.

“Fermentation allows microorganisms to break down renewable plant-based matter like sugar or wood, to reshape it into dyes. This process has a reduced energy balance since the enzymes in these microorganisms work at room temperature, without toxic solvents, and using far less water and energy than petrochemical processes. We can thus produce sustainable high-performance dyes by designing the best color cell factories ever thanks to synthetic biology.”

Check out our article to learn more about how biotech dyes help the textile industry go green.

I was also impressed by this textile that Orr Yarkoni from Colorifix showed to the audience during the SynbiTECH session “How to dress the world better: Bio-design and fashion” (this was not part of the Biodesign Here Now exhibition).

Sourcing colors from a range of natural pigments, Colorifix “engineers microorganisms to convert agricultural by-products into dyes. When the microorganisms burst they ‘fix’ the colour to the fabric, thus reducing the need for massive amounts of water,” according to BBC Earth.

Growing a shoe with microbial weaving

“For her project,‘This is grown,’ Jen Keane uses K. rhaeticus bacteria. The bacteria grow a tiny fibre known as nanocellulose. This material is incredibly strong, eight times stronger than steel and stiffer than Kevlar, which is used for bullet-proof vests. In addition, nanocellulose is transparent and incredibly lightweight. The material has already been used for medical applications,” according to an article on Material District.

“Keane, along with Dr. Koon-Yang Lee and Dr. Martin Herby from Imperial College, showed that it is possible to design weave patterns with specific strength and properties in different directions.”

“To show how her microbial weaving process could affect the way we make products in the future, Keane grew the upper of a shoe. The upper is grown in a single piece using no sewing. It consists of one continuous yarn held into place by cellulose produced by the bacteria.”

“The really interesting part will come when we employ synthetic biology to control what the microbes produce and how and where they grow them,” Keane says.

How might one grow alternative worlds shaped by microbes?

Can we create living versions of Minecraft? “MouldCraft is a game that allows you to design and modify alternative worlds dominated by micro-organisms. Using different blocks containing a variety of species, the players connect, stack, and destroy blocks to create an imaginary world. This process is partially automated through an internet-controlled Lego robot.”

Cellul-air: The future of clean air powered by microbes

“With increasing urbanization, we’re faced with an urgent crisis, the air in our cities is becoming increasingly toxic. It’s deadly – causing upwards of 4.5 million deaths each year. Cellul-air joins the fight for clean air in a new, visual way, powered by microbes. Using the principles of bioremediation, our bacteria-filled modules are designed to take in urban air and breathe out clean, purified air,” according to Imperial College.

“If a microbe produces a pigment, how do we work with it to dye textiles?”

A joint initiative spearheaded and curated by Ginkgo Bioworks and Faber Futures, the Ginkgo Creative Residency “provides an experimental platform for creative thinkers to explore both the potential and implications of synthetic biology.”

Another Ginkgo Bioworks’ designer-in-residence, Yasaman Sheri, explored the design of biosensors in synthetic biology and their potential for intersection with human interaction. She prototyped biosensors made of paper that can sense smell, flavor, hormones, and other chemical molecules. She found that paper was interesting to work because it absorbs water (in life sciences, water matters), it can be flat packed and shipped, it is lightweight and affordable, and comes in a variety of colors, thicknesses, and textures.

Olombria is “a startup that uses flies to pollinate crops in areas where farmers are struggling with declining bee populations. The technology involves releasing hoverflies and controlling their movements using pheromones, emitted from devices hung around the crops. The release of the pheromones is controlled by the farmer using an app and the flies’ behaviour on the crops is tracked using hi-tech cameras,” according to The Guardian.

The project, sustainable lamps from mushroom mycelium, is a collaboration between designer Nir Meiri and startup Biohm. “Mushrooms or fungi are truly wondrous organisms with significant untapped potential. We are experimenting with different species of mycelium to create sustainable alternatives to some of the construction industry’s most damaging materials.”

Finding value where others see waste

“London-based designers Rowan Minkley and Robert Nicoll use waste potato peelings to create an eco-friendly alternative to single-use materials like MDF and chipboard, called Chip[s] Board. Shocked by the environmental impact and short lifespan of many readily disposable materials, Minkley and Nicoll set out to develop a material that, if thrown out in the same way, wouldn’t have the same negative environmental impact,” according to Dezeen.

Check out these sunglasses created in collaboration with Cubitts, an eyewear maker based in London. They have created a pair of their Rufford style frames using a Parblex composite that utilizes waste oak shavings from wood processing:

“Four designers from the Royal College of Art and Imperial College have developed a series of machines that turn seafood waste into a biodegradable and recyclable bioplastic.” In the project, called Shellworks, they “transform the shells of crustaceans into a paper-like material that could act as a sustainable alternative to single-use plastics. The material consists of a mixture of vinegar and a biopolymer called chitin – a fibrous substance that makes up the exoskeleton of crustaceans and the cell walls of fungi,” according to Dezeen.

“Ooho! is a sustainable packaging alternative to plastic bottles and cups, made from a seaweed extract. It is entirely biodegradable and so natural you can actually eat it! Ooho sachets are flexible packets of water, drunk by tearing a hole and pouring into your mouth, or consumed whole. Our packaging is cheaper than plastic and can encapsulate any beverage including water, soft drinks, spirits, and even cosmetics,” according to the company.

“It is now possible to manipulate proteins at a molecular level to enhance their most desirable characteristics. These proteins are able to be spun into fibres that mimic naturally occurring filaments like cotton, wool and hair. Using the science of hair’s natural response to moisture – the everyday phenomenon of frizz – it would be possible to create a fibre that fluffs up in the rain, or any moisture rich environment. A curling fibre like this would create soft, tactile fabrics, behaving like the natural fibres we love, without the use of petrochemicals,” according to designer Nicci James.

Read more about the exhibition on Synbiobeta, 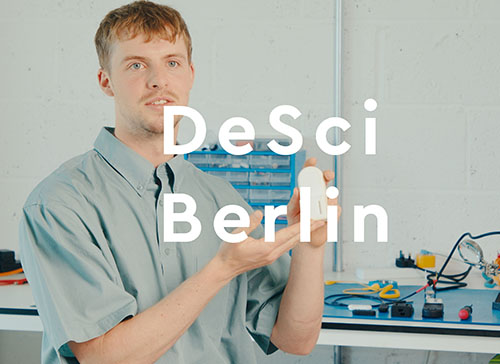 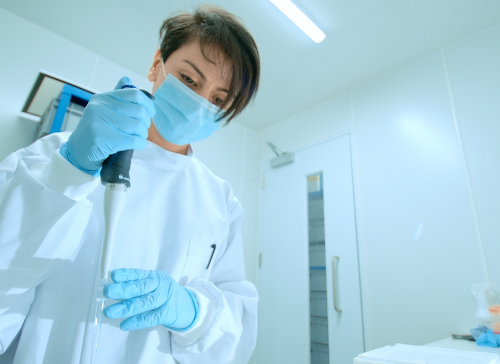